In late 2013 I’ve worked, alongside with the creative director David Moretti, on the restyling of the magazine Wired Italia.

Together we designed the new layout of each section in the magazine, the first issue after the restyling (december 2013) won the silver medal for Best Design in the SPD 49 (yes, the one from above). 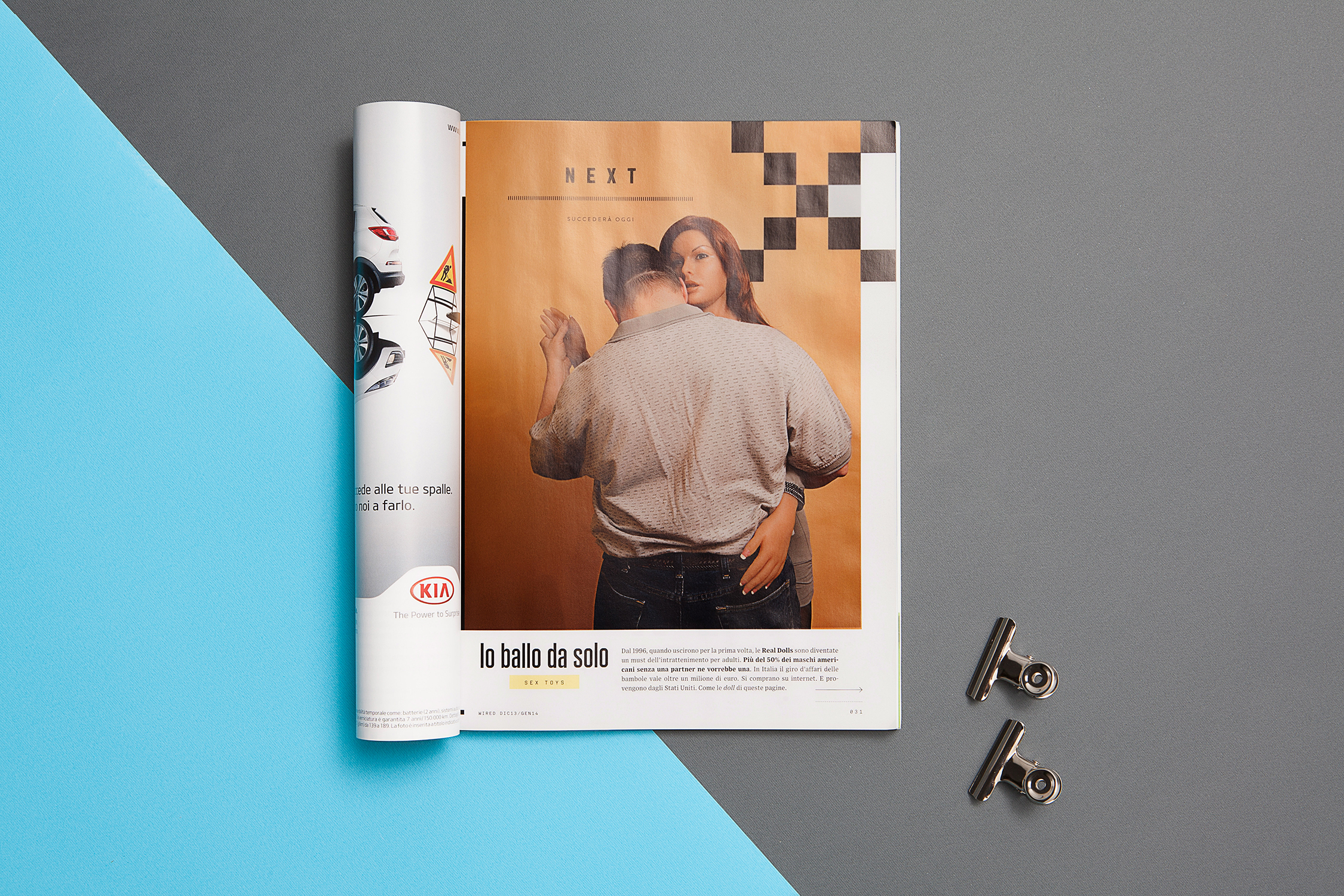 Here a brief behind the scenes about the grid development on the sections' layout.

In 2013, when infographics were a thing, we dedicated an entire section to data visualization. The data section opener had a different featured artist every month, with the first one made by La Tigre. 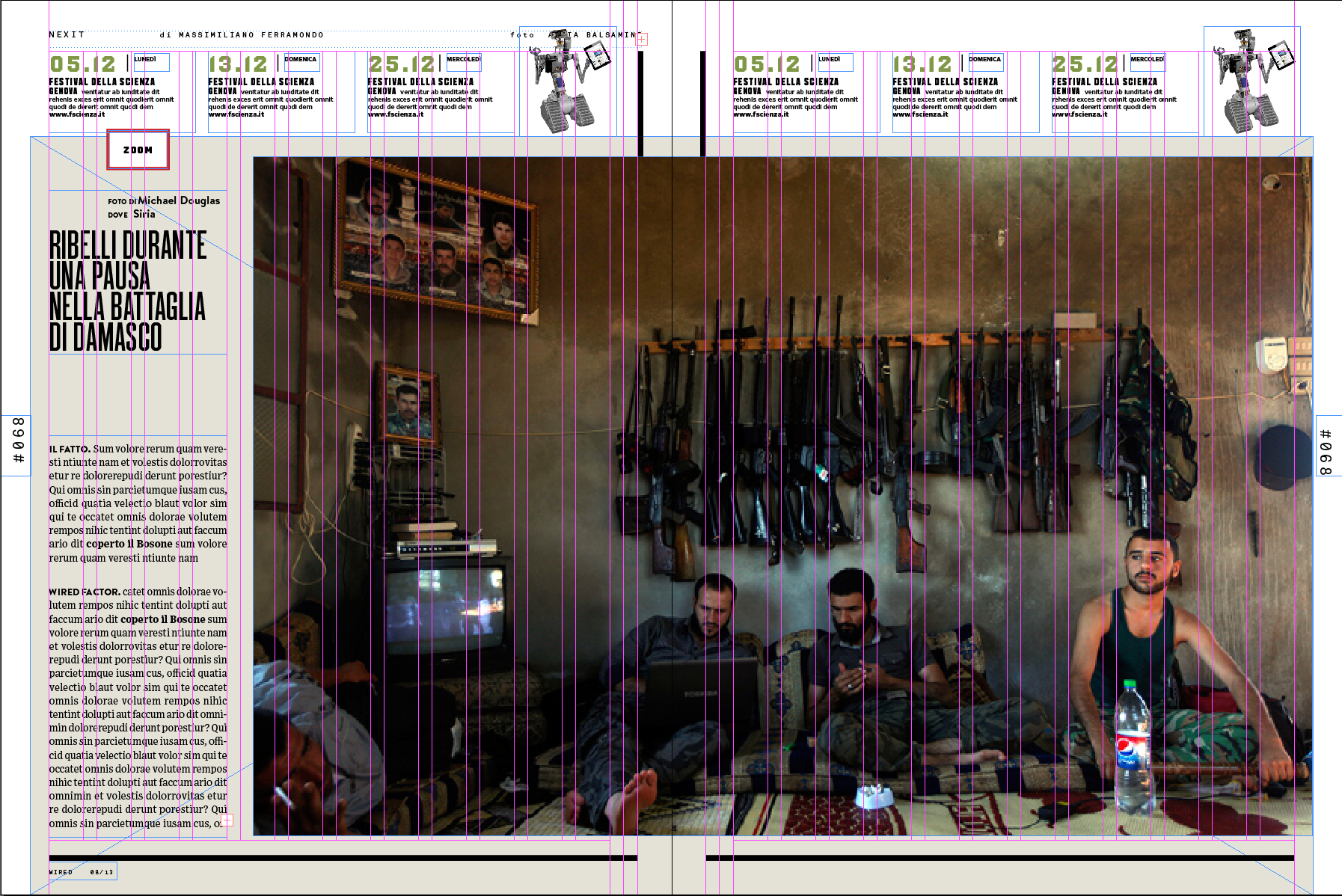 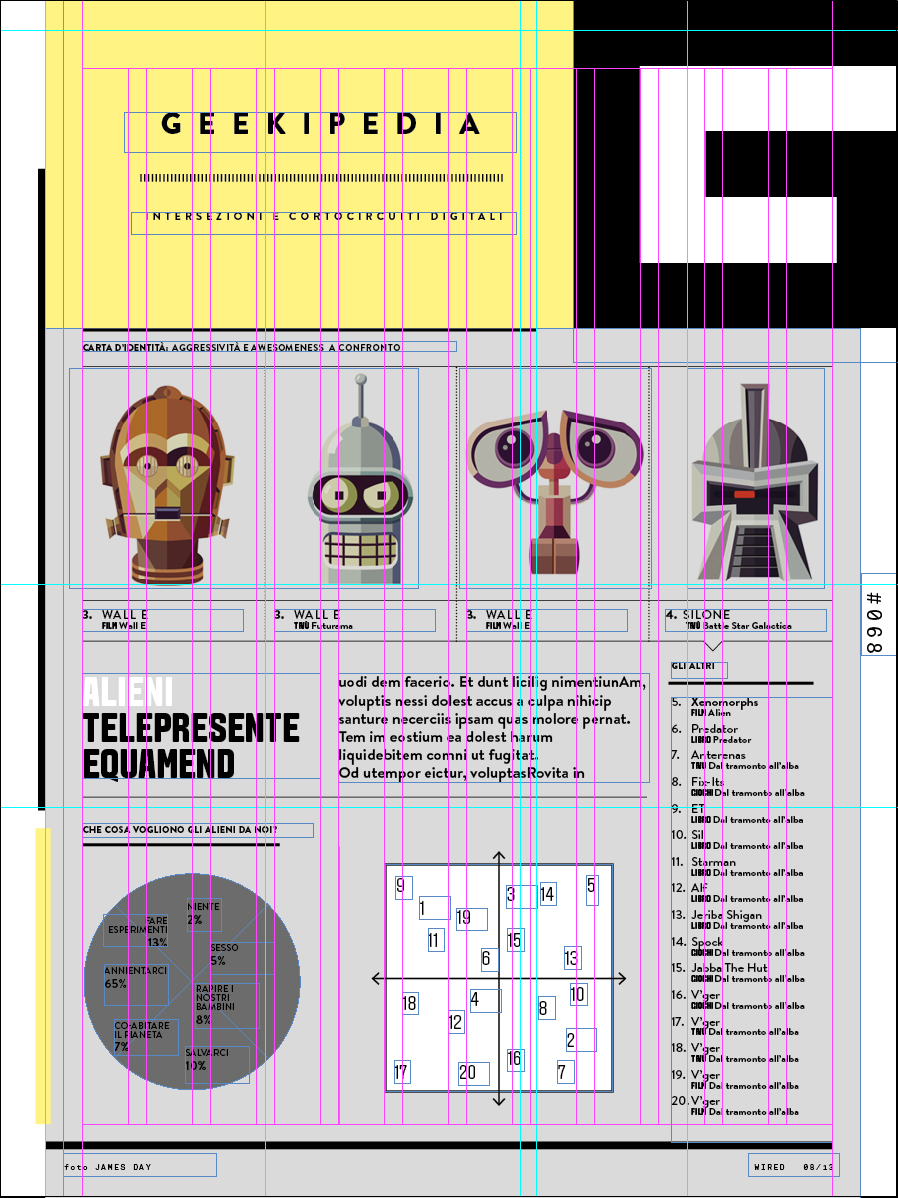 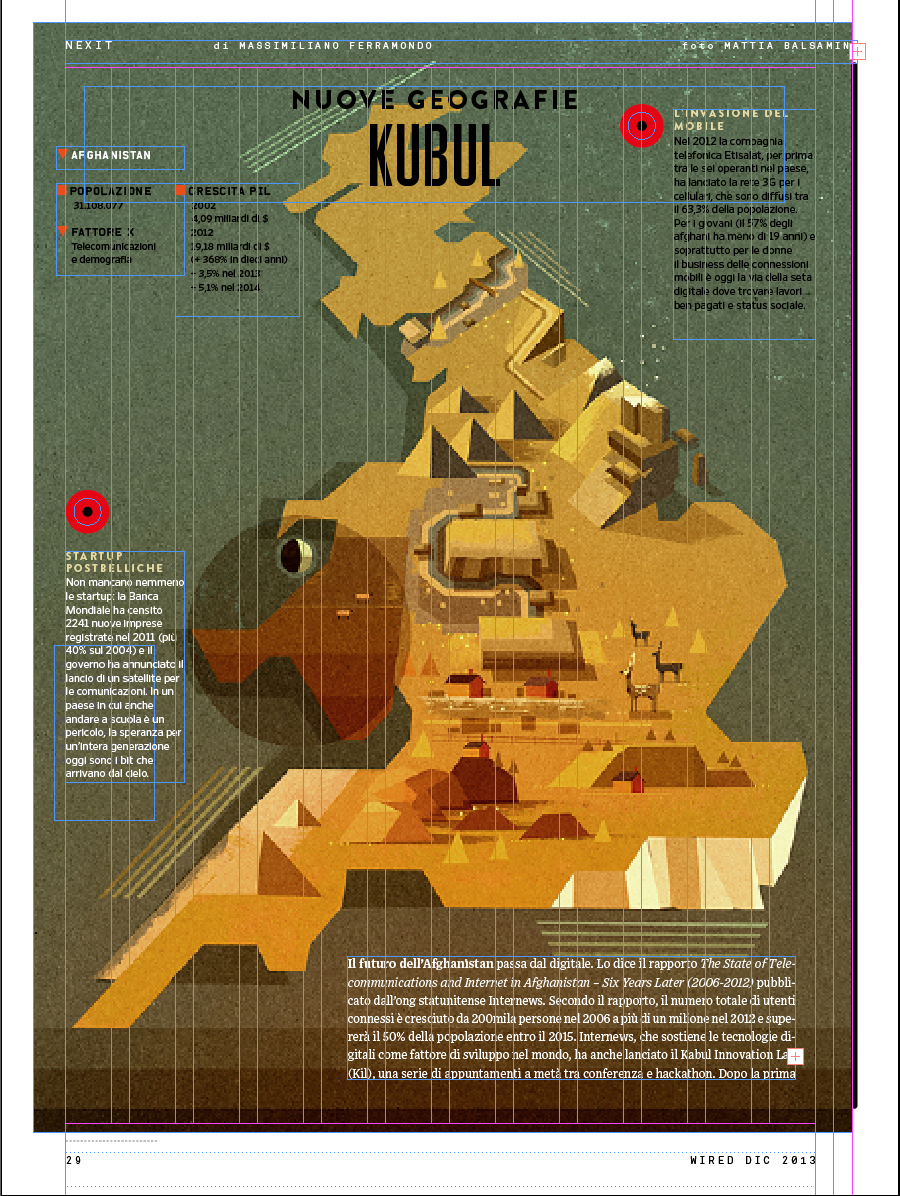 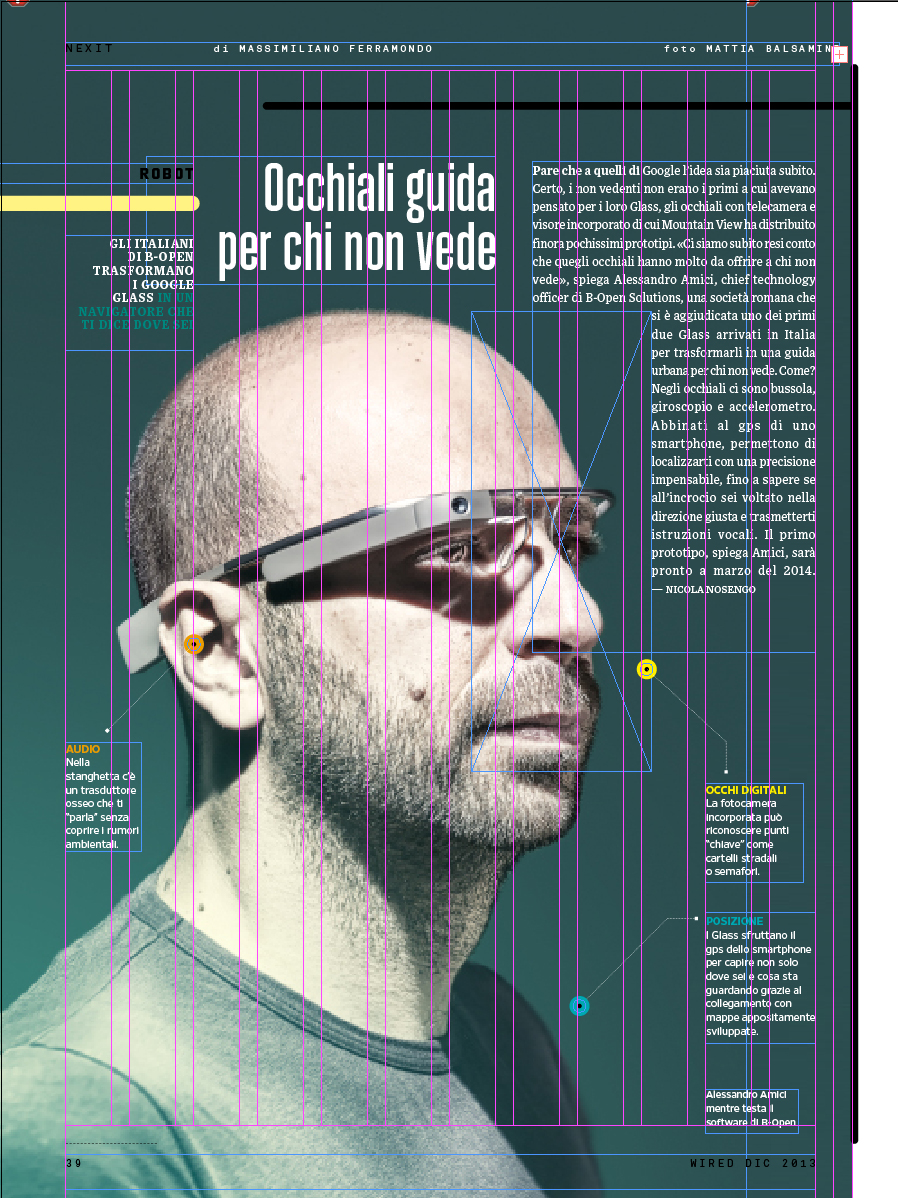 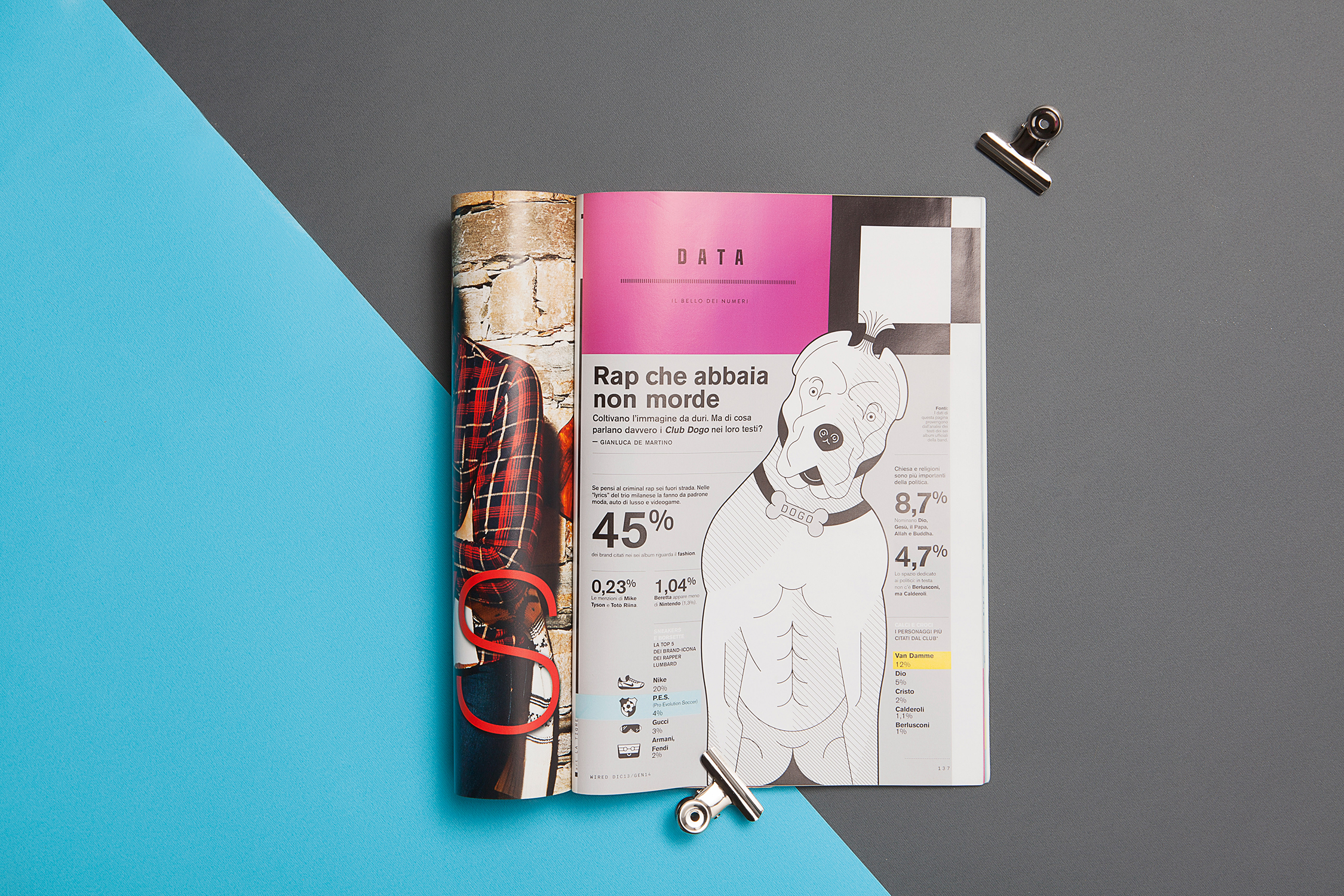 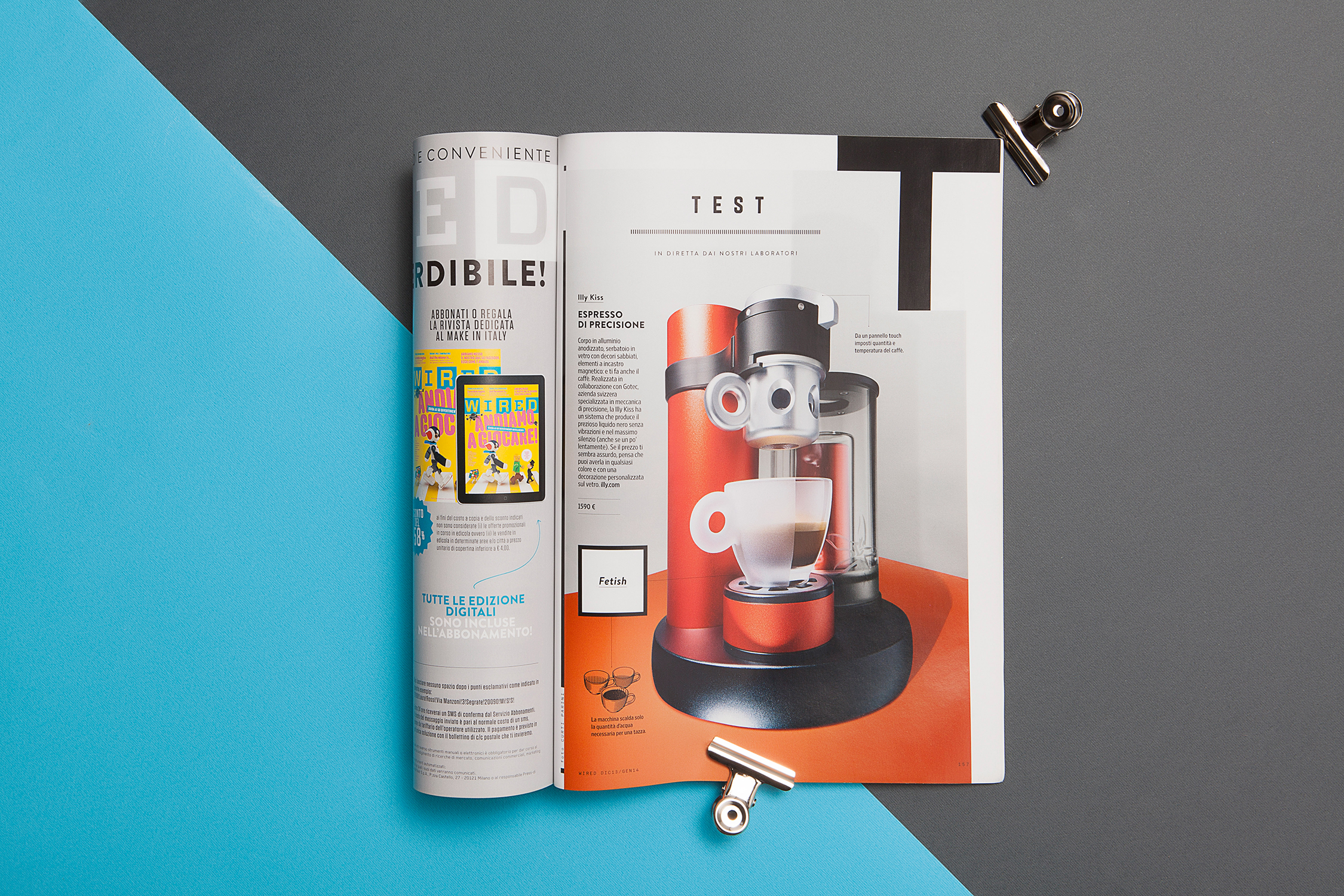 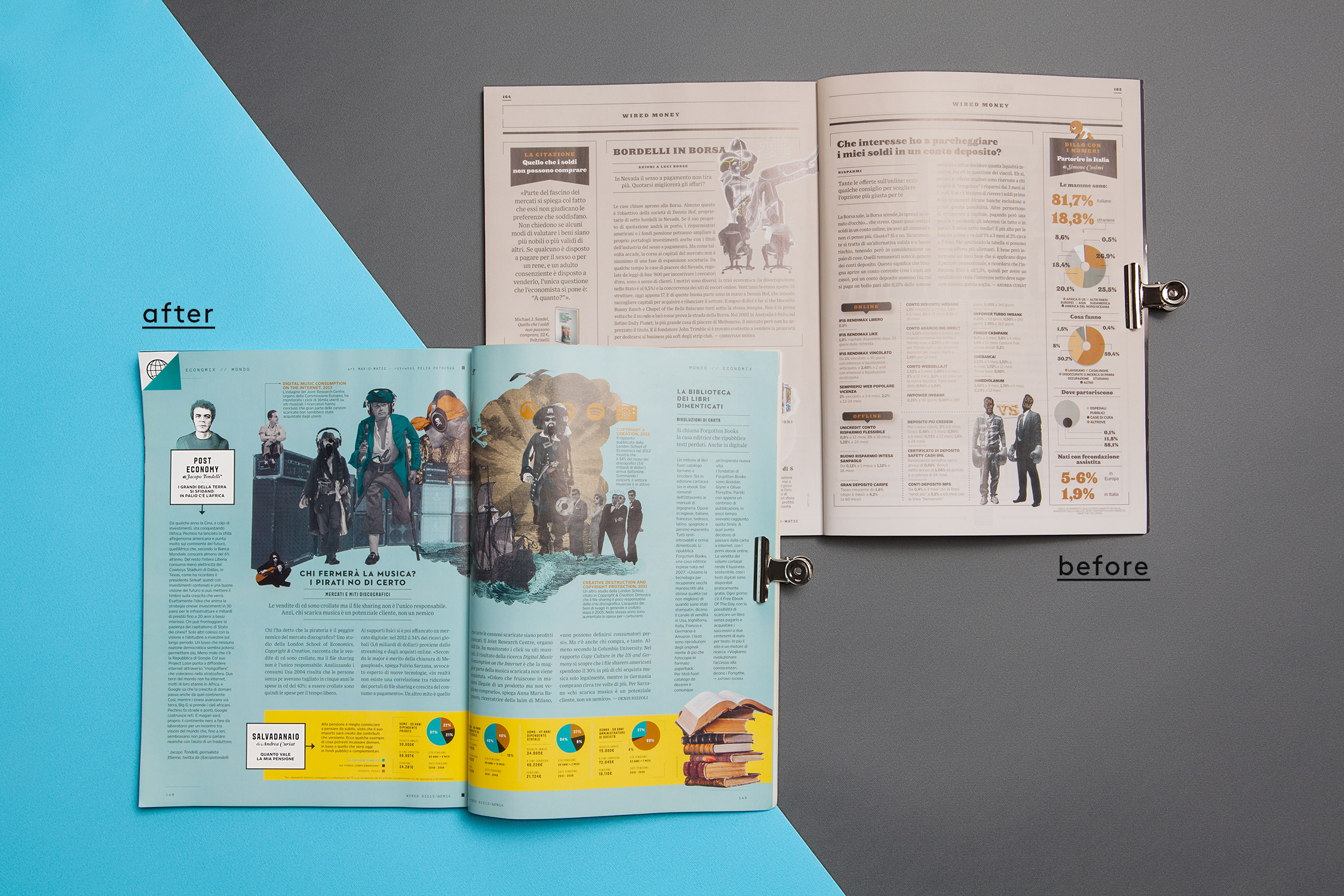 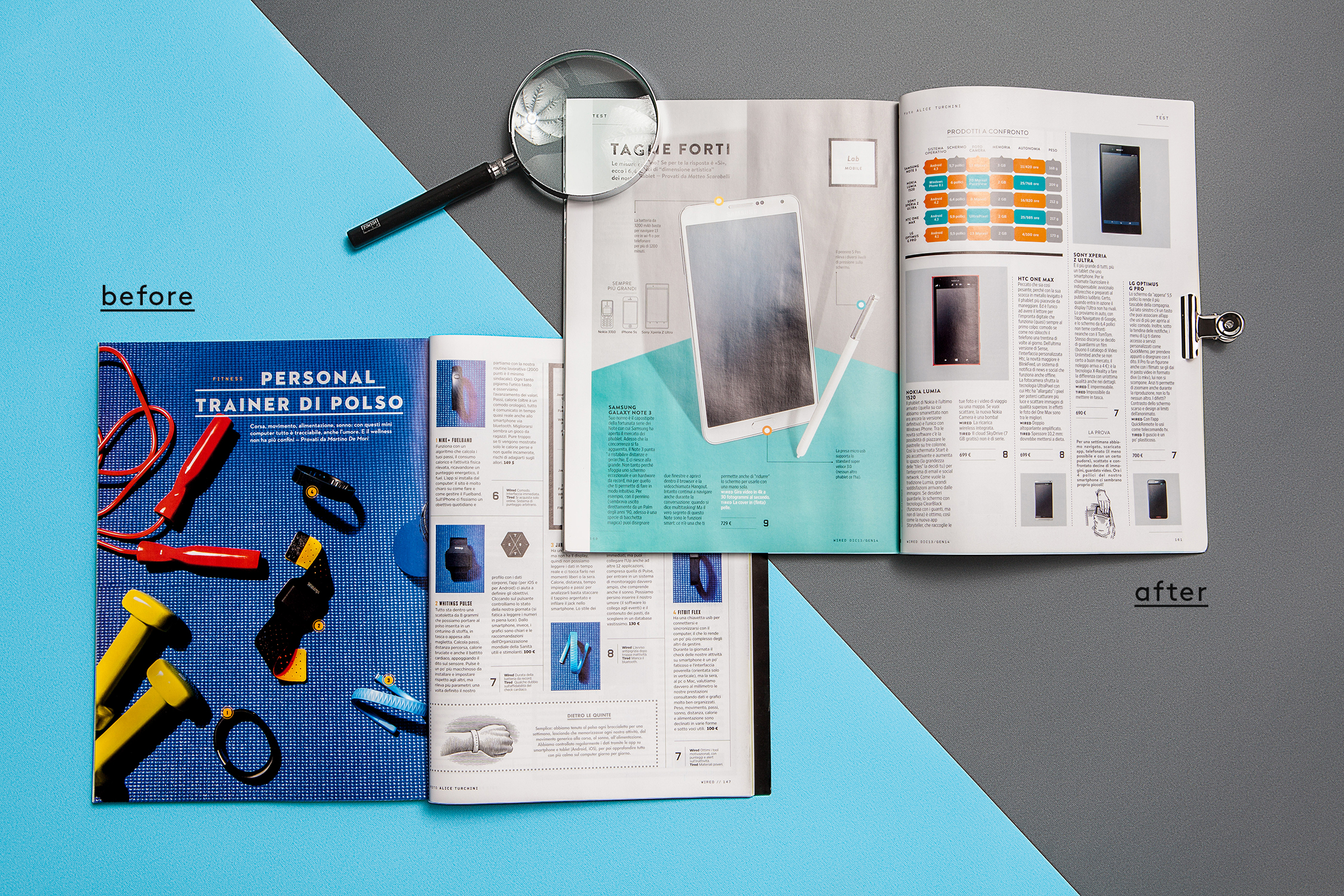